The Centre for Research and Technology Hellas (CERTH), is one of the largest research centres in Greece. It was founded in 2000 and is located in Thessaloniki, Greece. The mission of CERTH is to promote the triplet Research – Development – Innovation by conducting high quality scientific research and developing innovative products and services while building strong partnerships with industry and strong collaborations with research centres and universities in Greece and abroad.

The Information Technologies Institute (ITI) – formerly known as Informatics and Telematics Institute – which will be directly involved in this project, is one of the leading Research Institutes of Greece in the field of Information and Communications Technology (ICT). It was founded in 1998 and since 10.3.2000 it is a founding member of CERTH. CERTHITI is located in Thessaloniki, Greece and its current Director is Dr. Dimitrios Tzovaras. CERTH-ITI is achieving scientific excellence in at least the following research areas: Human Computer Interaction, Virtual and Augmented Reality, Artificial Intelligence, Robotics, Pattern Recognition and Machine Learning, Image and Signal Processing, Computer & Cognitive Vision, Social Media Analysis, and Networks and Communications.

CERTH-ITI is a research institute with significant experience coming out of its participation in, and in many cases coordination of, numerous European and national R&D projects and activities funded both by public and private funds. The institute has participated in more than 130 EU/EC funded research projects (through FP5 to H2020) – having coordinated many of them – and more than 80 research or other (e.g. consulting subcontracts) projects funded by the Greek government or the private sector.

The Visual Computing Lab (VCL,) is one of the laboratories of CERTH-ITI. With 2 full-time seniorresearchers and 52 full-time research associates, VCL’s mission is to discover new understanding in multimedia and vision systems technology and to spread excellence through outreach. VCL enjoys a distinguished reputation for innovation, receiving direct funding from private national and international companies and the EU. The group has participated in, and coordinated several EU funded projects relevant to VRTogether, including the FP7 projects 3DLife, REVERIE, 3D-Live and RePlay. 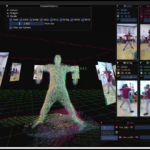 The final release of the Volumetric Video Capturing system of CERTH and VRTogether is here!

The Volumetric Capturing (VolCap) system is a toolset designed to orchestrate the capturing, streaming and recording of the data acquired ...
Read More 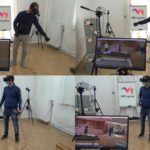 Pilots are checkpoints to evaluate the creative and technical challenges of the project, aiming at assessing the performance of the ...
Read More 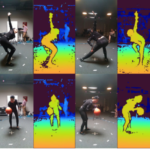 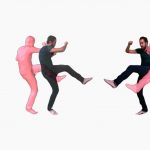 Pilot 3 of VRTogether is closer and closer to its release! Volumetric Capture (publicly available on GitHub) has been released ...
Read More 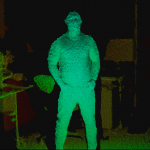 Since Microsoft announced their plans for the release of a new Kinect RGBD sensor, the entire technological community has been ...
Read More 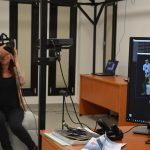 VR-Together was present at CERTH-ITI Open Day 2019, which was held on Friday 10/5 in Thessaloniki, Greece. The event is ...
Read More 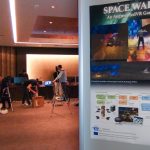 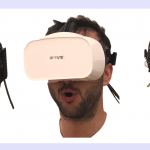 VRTogether partner CERTH will soon start capturing face content in 3D (RGB-D), with and without a head-mounted display (HMD), to ...
Read More 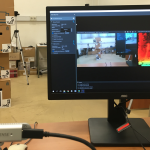 Microsoft announced the discontinuation of the Kinect for Xbox One device, the integrated depth-sensing device of the initial people 3D ...
Read More
This website uses cookies to improve your experience. We'll assume you're ok with this, but you can opt-out if you wish.AcceptReject Read More
Privacy & Cookies Policy