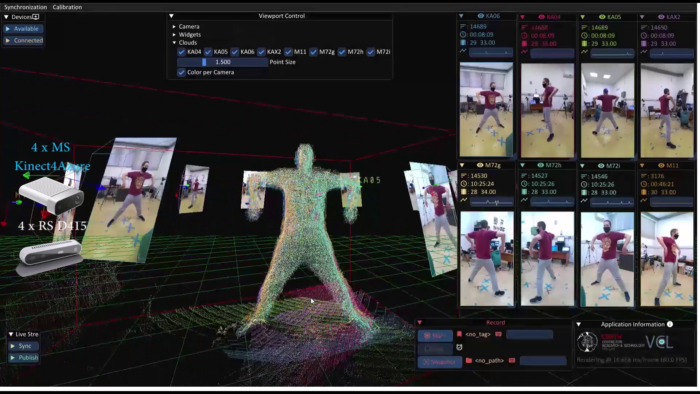 The Volumetric Capturing (VolCap) system is a toolset designed to orchestrate the capturing, streaming and recording of the data acquired from a multi-sensor infrastructure. A number of processing units each manage and collect data from a single sensor using a headless application called Eye. A set of sensors is orchestrated by a centralized UI application, [...] 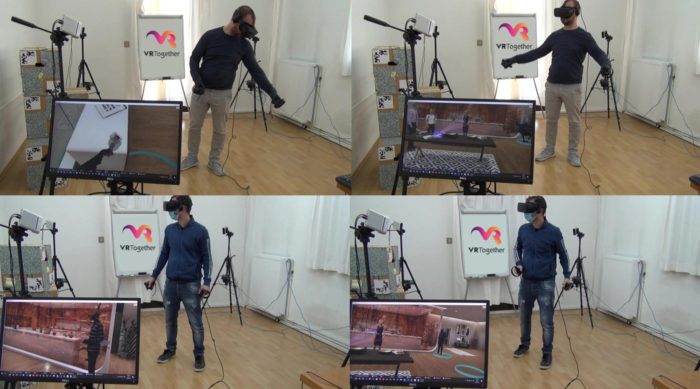 Pilots are checkpoints to evaluate the creative and technical challenges of the project, aiming at assessing the performance of the technological developments, validating and refining the defined evaluation methodology and assessing the appropriateness of the technology and created scenarios / content to provide truly realistic and interactive social VR experiences. CERTH successfully completed 2 full [...]

Pilot 3 of VRTogether is closer and closer to its release! Volumetric Capture (publicly available on GitHub) has been released while more functionalities are coming soon. Higher quality of human users representations based on the ToF technology of the Kinect4Azure (K4A) is now available, leading to a top quality fully immersive experience. Point Cloud capture [...]

Since Microsoft announced their plans for the release of a new Kinect RGBD sensor, the entire technological community has been waiting patiently. It was unfortunate that the production of the previous Kinect v2 halted, as it was considered one of the best, with respect to the depth estimation quality, low-cost RGBD sensors. The continuation of […] 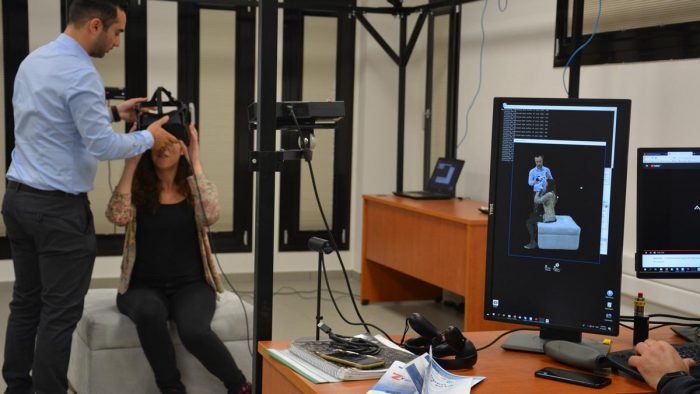 VR-Together was present at CERTH-ITI Open Day 2019, which was held on Friday 10/5 in Thessaloniki, Greece. The event is organized every year as part of the “EU in my region” campaign, and includes two sessions, a public and an industrial one, respectively. During the lifetime of the Open Day, several tour guides lead the [...] 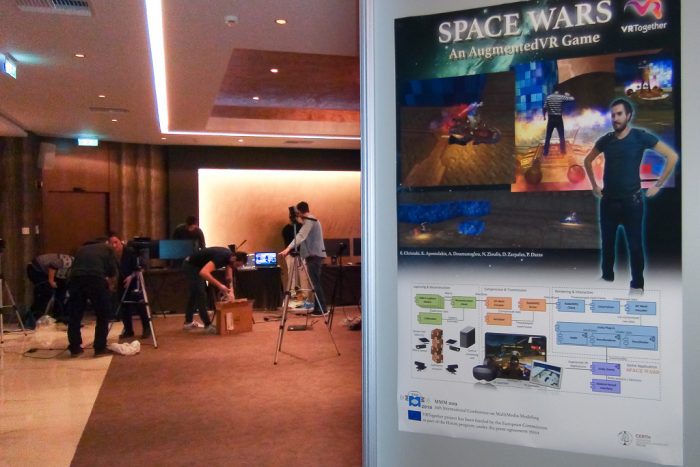 VRTogether partner CERTH will soon start capturing face content in 3D (RGB-D), with and without a head-mounted display (HMD), to be used for HMD-removal and any other research purpose of the project. In this post, we present the key components of the experiment and provide shots of the user lab located at CERTH. The photos […] 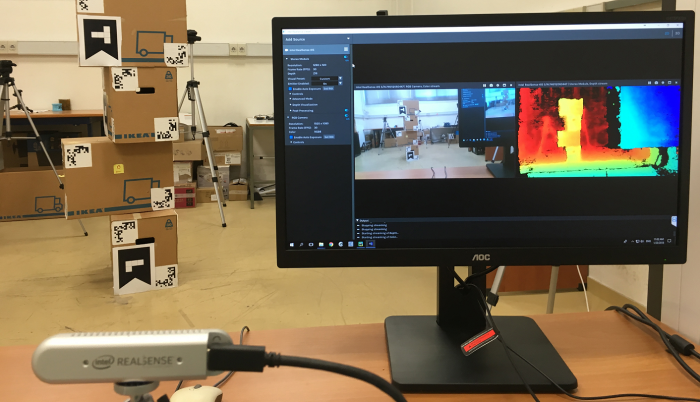