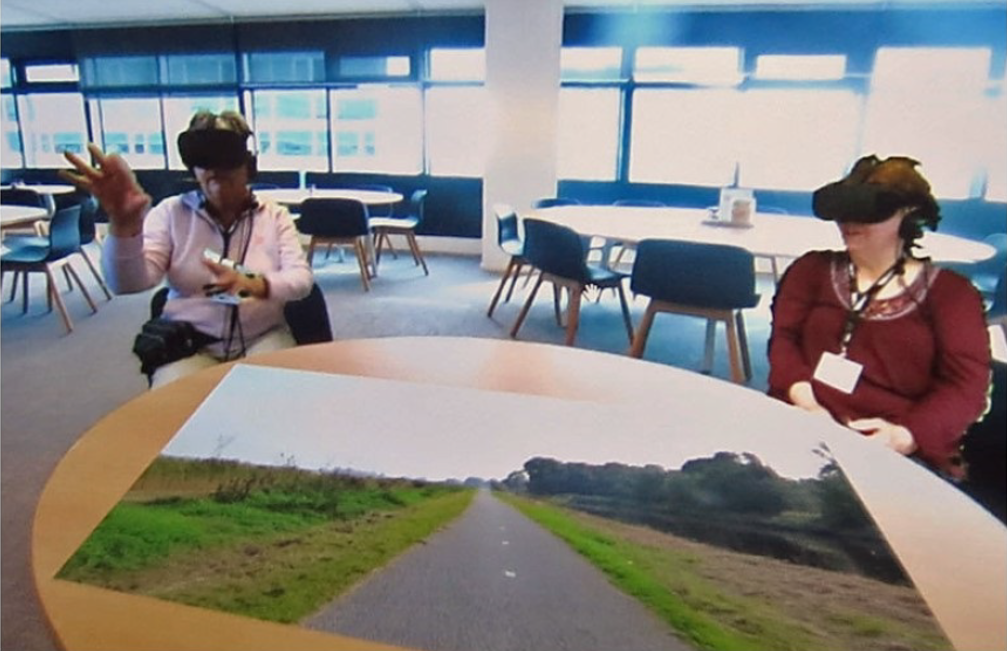 Two papers from the VRTogether project have been accepted: one is for a demo at the ACM Multimedia Systems Conference 2018 (MMSys), which will be held in Amsterdam from 12 to 16 June; the other is a WiP Paper for the ACM International Conference on Interactive Experiences for Television and Online Video (ACM TVX2018), which will take place on 25-28 June in Seoul.

The first paper is titled “Virtual Reality Conferencing: Multi-user immersive VR experiences on the web”. The VRTogether project tackles the problem of the apparent discrepancy between the physical separation of wearing a head mounted display and the human need for sharing experiences. The project has developed a VR framework that allows creating VR experiences that are social and to consume them with off-the-shelf hardware. In the demo, the focus was on a communication use case, where a maximum of three people, sited around a round table could communicate within VR. To do so, users were recorded, and before the transmission, their background was replaced with a uniform green colour, which was removed later, leaving a transparent image showing just the user. In this experience, the three people sat around the table share the same view (the other users are on the opposite side of the table), and there is a video playing on the top of the table. The project team held a 1-day experiment trial, where they collected feedback from 54 participants, who communicated and watched a video with this system.

The second paper is entitled “Experiencing Virtual Reality Together: Social VR Use Case Study”. When it comes to Social Virtual Reality, users are always represented as artificial avatars. Even though this might be beneficial for some use cases, this might not be appropriate for many communication settings such as business meetings, or sharing experiences with family or friends. It is still unclear which use cases are relevant to the different methods users can be represented. Thus, more research is necessary to understand better Social VR requirements. As a first step to close the gap, the VRTogether team conducted a study where participants tried a photo-realistic Social VR experience followed by a questionnaire and informal discussion. In the VR environment, users sit beside each other on a couch in a 360-degree 2D VR environment and consume a 2D video, while being able to hear and see each other as photo-realistic video streams. The main contribution of this paper is the study of use cases in Social VR.

Both the MMSys and the ACM TVX2018 are significant dates in the media research agenda. They represent a great opportunity to disseminate the VRTogether objectives and advances and to get to know other ongoing projects in this field.