In the latest posts we have been talking about the experience of shooting a whole series of pilots to show the work and the research process behind the VRTogether project, so in this post we are going to explain the plot evolution of these pilots.

To represent visually the research work of the VR Together project, at the beginning of the project it was proposed the possibility of developing 3 pilots approaching 3 different production formats in a unified architecture.

The ideas of these initials pilots proposed were the following:

The pilots were planned the following way: the first one was planned for half 2018, the second one in 2019 and the last one in 2020. The structure and plot complexity of the pilots was linked to the technical and technological difficulty of each one, being the first pilot the simpler to produce and elaborate and the third the most complex. This way, the evolution and development of the project could be appreciated throughout the years.

The main objective of the pilot was not only to show a technological expansion, but to try to capture the attention of the consumer, making them a participant in the show thanks to an elaborated plot and interaction between players, helping sociological phenomena such as word of mouth or electronic word of mouth to play the role of communicators, attracting the interest of general public and media. However, the plot of the original proposed pilots felt kind of discontinued compared to the progression of the technology used, as represented in the following picture:

That’s why we proposed a possible general structure of the pilot, giving a strong storytelling that turned into a high quality experience. Having as inspiration movies like The Usual Suspects or Basic Instinct, we proposed a continuous plot theme for all the three pilots. This way, the viewer (who will have a say) can enjoy the experience not only during the pilot, but also after that, as we can see in the following figure:

The general ideas of each type of scene can be summarized with the following ideas:

We will keep you informed about all the news coming from this experience!

In 2008, The first feature made entirely in Digital Cinema, “Magic Journey to Africa”, takes Entropy Studio at the forefront of stereoscopic visual effects produced in Europe. With Entropy Studio Corp in Los Angeles the company grows, with stunning productions as ZERO, QUANTUM BREAK or Campfire Creepers. 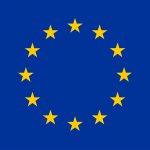