More than twenty years of innovation have established Entropy Studio as a recognized expert in visual effects, design, animation, VFX, stereoscopy, motion graphics creation and all services related to postproduction and visual effects for both film and advertising.

Ignacio Lacosta and Jaime Cebrian founded Entropy Studio in 2003. Their talent was immediately recognized within the advertising and film community and the company quickly became successful. Since its constitution, Entropy Studio has made some of the most award-winning spots in Spain, also receiving International awards.

In 2008, the first feature made entirely in Digital Cinema, “Magic Journey to Africa”, took Entropy Studio at the forefront of stereoscopic visual effects produced in Europe in 3D IMAX.

Entropy Studio won a Goya award in 2012 for “EVA”, a futuristic film for which Entropy developed an Artificial Intelligence interface designed for programming the mind of a robot.

Since 2003 Entropy Studio has developed the visual effects for more than 40 feature films, applying its expertise in high quality compositing and VFX post-production. The company kept growing with the opening of Entropy Studio Corp in Los Angeles and participating in stunning productions such as ZERO, a web series produced by Ridley Scott and Michael Fassbender. In 2015, Entropy made the VFX postproduction of the series QUANTUM BREAK.

The main tasks in which Entropy Studio is involved are the development of the the techniques of distortion and the preparation of different image video and 3D sources for compositing.

In general terms, Entropy Studio is in charge of the postproduction process, helping in the development of proper pipelines and compositing the final 360 images. Besides, Entropy’s long experience in hyper realistic finishing allows it to lead the quality control of the composited images.

Finally, Entropy Studio disseminates the results at academic and industry events, and standardization forums, and plans the respective exploitation strategies to their key markets, productions, and broadcasters. 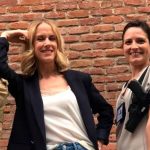 The new episode around the murder of Mrs. Armova’s has become the most incredible VR experience involving several users. The ...
Read More 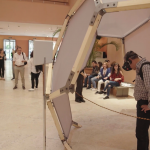 Virtual reality and art: a world of possibilities

Virtual reality has, indeed, a great number of technological applications. However, technology not the only field where VR has a ...
Read More 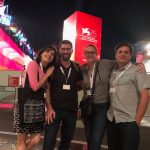 A roadmap for festivals

Virtual reality is not anymore a fantasy or a sci-fi type of entertainment. Since the last years, numerous festivals have ...
Read More
This website uses cookies to improve your experience. We'll assume you're ok with this, but you can opt-out if you wish.Accept Reject Read More
Privacy & Cookies Policy